Having a CCTV (Closed-Circuit Television) system for the home is no longer a luxury. These days, it would be better if you have it installed as cost become cheaper and it is easier to access the footage so that you are aware of what is happening in your home. However, statistics have shown that only about 5% of people have CCTVs installed in their homes?

So what is it that you should know about CCTV?

– It is the first line of defence for your home against burglars and other crimes. With the CCTV, you still need to have secured locks and alarm systems to enjoy the peace of mind.

– installing CCTV is not cheap and you must shop around for the best package before deciding. Most packages come with multiple units of cameras and a monitor while others allow you to view the footage from the internet.

There are in general a few types of CCTV Systems which you can consider for your home.

– This type of CCTV cameras are designed to be waterproof. Most of them are IP66 which makes them able to withstand most types of weather conditions. Cameras are usually installed in porches, on high poles and hidden areas where they are not easily reached and yet accessible for maintenance.

– This type of cameras can be wired or wireless but is mostly connected to the internet which is commonly used by home owners who want to monitor the happenings in the home when they are at work. This is usually used to monitor maids and domestic helpers as well as children who are at home during the day.

– This is the type which is most common and perhaps cheapest. Cameras are installed in hotspots around your home and then wired onto a monitor so that you can view them all the time. However, this type of system can be quite tedious as you need to pull and install wires which can be quite challenging.

– On the contrary, you can use wireless CCTVs where the cameras are installed with cables. They have an antenna which is connected to the network in your home and streams live-footage to the monitor. This type of systems is tidier and more expensive than wired systems.

– Using internet technology, this type of camera send the footage to the router and then streamed across the internet. IP CCTV systems have been quite popular in recent years as you can now view the footage from anywhere as long as you have internet access. Some systems even connect to your smartphones via mobile internet bandwidth. 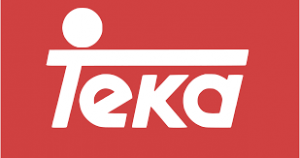